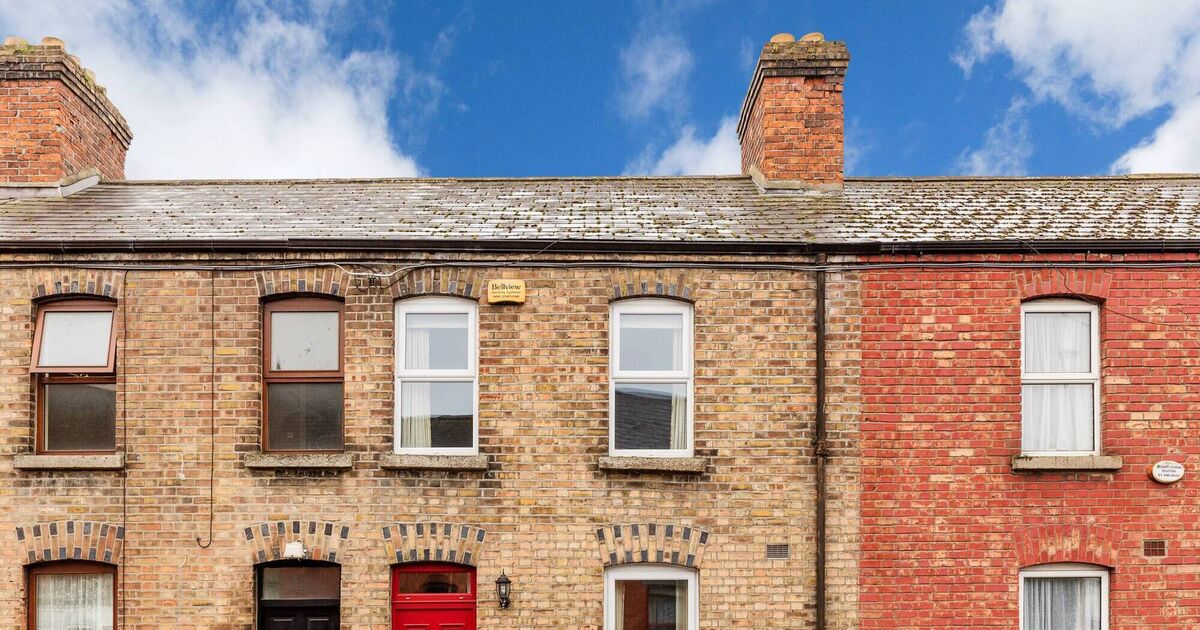 How far does your property budget stretch in Dublin, Clare, Kerry and Waterford

Built in the early 1900s, the mid-terrace, two-bedroom property is new to the market with a guide price of €525,000. Noting that the location is popular and the house is stylishly decorated and well-maintained, Martin Doyle of Sherry FitzGerald Drumcondra thinks it will attract both first-time buyers and downsizing.

In 2005, the owners commissioned Scott & MacNeill Architects to design their extension. “Their mission was to let in as much light as possible,” says Mr. Doyle, explaining that the bright, open kitchen-living-dining room with large windows and a skylight is really the main feature of the house. Fitted with maple units, it has beech flooring, mostly blue/grey walls and a gas fire.

Other accommodations in the 1,000 square foot home include a front living room with a cast iron fireplace while the first floor features a bathroom and two bedrooms.

To the front there is a small balustraded area and to the rear a south facing 20 foot long terraced patio garden.

Mr Doyle says Richmond Road is considered one of the most popular places in Drumcondra.

“It is close to all village amenities and a short walk to Drumcondra station and the town centre.”

VERDICT: A carefully renovated property in a sought after location.

The expectation is that this red brick bungalow at Knockalisheen in Meelick in County Clare will appeal to a Limerick City buyer with its space and gardens.

For its guide price of €370,000, the four-bedroom property offers over 2,100 square feet of accommodation and has a self-contained studio as well as a wooden summer cabin and almost a half- acre of lawned gardens with a pond and patio area.

Gillian Dunne of DNG Cusack Dunne says this very significant property built in the 1970s has been significantly improved and modernized by the current owners in recent years.

“They redecorated and also did some insulation and installed a modern gas boiler,” she reveals.

During the renovations, the owners laid semi-solid walnut floors in most rooms, including the four bedrooms, and also merged the living room and dining room to create a large reception room which they completed with a strikingly tall concrete chimney.

At one end of the bungalow there is a self contained studio which has kitchen units and a shower and could be converted into a granny flat or home office.

In the gardens around the property there is a long patio, several seating areas on different levels in addition to a children’s hut and a play area.

Seeking offers of £370,000, Ms Dunne says the property is ideally located for commuters to Limerick city, around four miles away.

“It’s close to a good road network and the future northern distribution route,” she adds.

ALTHOUGH in need of a makeover, None go By at Dooks Mountain near Glenbeigh has enough views to attract a variety of shoppers.

Built as a holiday home in the 1970s, the four bed bungalow has views of Carrauntoohil and the McGillycuddy Reeks to the front as well as Lough Yganavan and Lough Nambrackdarrig which are scenic to look at although a little challenging to pronounce.

Guiding the €425,000 property, auctioneer Patrick O’Connor-Scarteen says the views to the rear are equally impressive. “From a patio at the back of the site you can see the Dingle Bay and Peninsula as well as the beaches of Dooks Golf Links, Rossbeigh and Inch and Dooks.” The bungalow’s 2,100 square foot accommodation includes two bathrooms, two reception rooms, a lanai as well as four bedrooms. It has been well maintained but a new owner is going to want to modernise, update and work on improving the E2 energy rating.

Situated on an elevated site of almost three quarters of an acre, it has space for expansion as well as gardening.

Given its scenic location and proximity to beaches and local amenities, Mr O’Connor-Scarteen expects interest from holiday home buyers as well as those hoping to move to the coast and work there. distance.

VERDICT: Offers plenty of space and a variety of views.

Returning emigrants, retirees and holiday home hunters are among those who have already booked to see The Old Court House in the pretty West Waterford village of Villierstown.

Renovated by the current owners over the past ten years, this is a spacious modern four bedroom house with a front balcony offering panoramic views of the Blackwater River.

Looking for offers of £395,000, Cormac Curran of Sherry FitzGerald Reynolds says the house has been beautifully decorated and vastly improved by the owners who use it as a second home. “He has been largely isolated and now has an impressive B3 BER rating,” he reveals.

A substantial property with 2,800 square feet of living space, its accommodation comprises two reception rooms, a kitchen/diner, a conservatory and an integral garage. Two of the four bedrooms are en-suite and another has French doors opening onto the balcony which overlooks the countryside and the river.

To the rear the house has large manicured private gardens with several patio areas, a colorful variety of plants and shrubs and enough space to keep the boat that anyone living near the Blackwater River would want to own.

The Old Court House is located a short walk from the river and pier and the village of Villierstown and 18 km from Dungarvan.

Mr Curran says Villierstown has always been popular with retirees and holiday home buyers, but is now also attracting interest from relocating buyers.

VERDICT: A comfortable house in a quiet and picturesque place.

2022-02-22
Previous Post: Home loan affordability suffered a record drop in 2021
Next Post: How many times can you get pre-approved for a home loan?