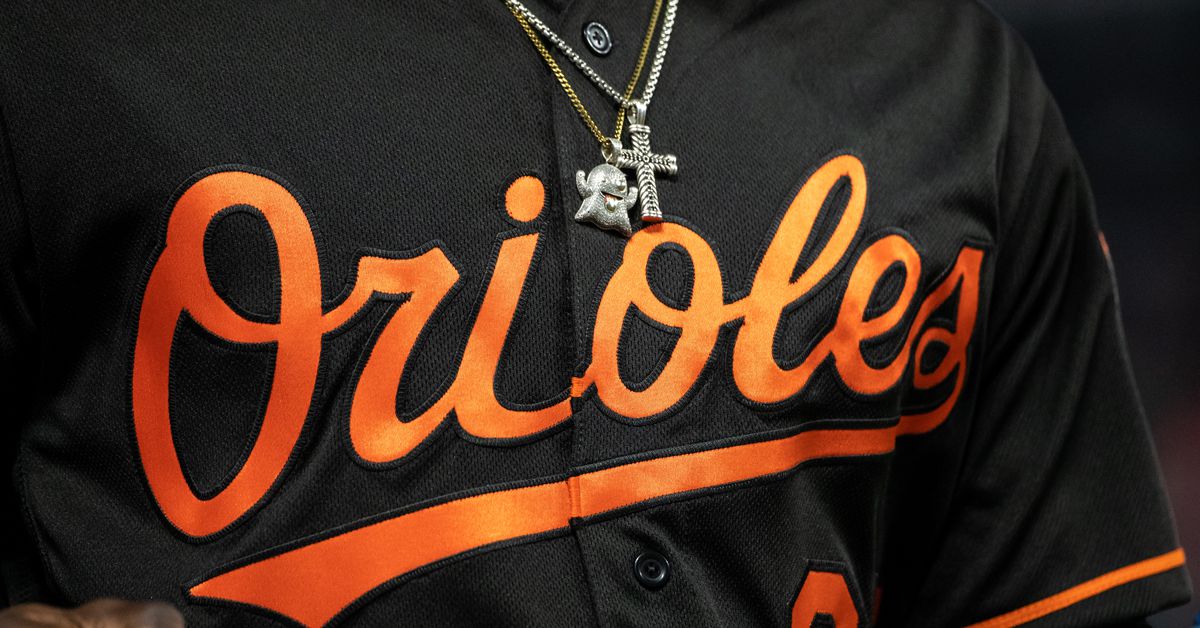 All over SB Nation, blogs are running on the theme of jersey week. Over the next few days, we’ll be sharing some of our writers’ favorites and some of their purchases or gifts that they regretted. Please feel free to share some of yours in the comments below.

Question of the day: which is your favorite Orioles jersey or gift you own?

Maybe you have an autographed one. Perhaps you are one of the lucky few to have won the “Shirts on the Back” promotion in recent seasons. Or maybe you just bought one yourself for your all time favorite player and it still makes you happy. If you don’t have jerseys right now, shirseys or other gifts that you can wear totally count.

Here are some of our responses:

I’m in the “why bother with a jersey because everyone’s gonna be leaving soon” mood since I considered buying a Manny Machado jersey in 2016 sometime. So my favorite right now is a giveaway: the original Birdland Hawaiian shirt.

My whole family – my mom and dad, sister and I – got tickets to the game well in advance. We arrived an hour before the first pitch to learn that they had just missed. I tried to buy them on the Nationals fans who had clearly received a ton of jerseys. No chance. It was disappointing.

A few Christmases later, my mom secretly arranged to buy the shirts for all of us on eBay, so we opened them all at once and this is my favorite adult Christmas memory. Now we have them all and it makes me happy.

Mine must be a Ripken home shirt from the turn of the millennium. This represents the end of Ripken’s career, but the start of my Orioles fandom. I inherited my father’s love for the Orioles, but grew up outside the market. Highlights from the SportsCenter or a rare nationally televised game against the Yankees or the Sox were the only occasions I had to see Baltimore. When I saw them, they were wearing these jerseys.

My favorite gift shirt is the Manny-Schoop handshake shirt. It was in such a fun time of baseball and unlike the standard number tees that were given out before. I loved that it captures the personalities of our guys, especially my favorite guy, Schoop.

(Stacey added some disappointment that cool jerseys are usually only sold in men’s sizes. Come together, jersey makers.)

My favorite jersey is a gray road jersey with no name on the back. When the club announced that they were putting “Baltimore” on the road jerseys for the 2009 season, I was so excited. Even though I come and still live in Pennsylvania, just north of the Maryland line, I felt a connection to Baltimore and loved that the team represented the city better. So I went to the team store in York, PA immediately after these jerseys were released and bought the only “genuine” I have ever owned.

As for my favorite giveaway, I often use the Rockford Peaches cap from A League of Their Own last year as my go out hat. I’m also a fan of the Birdland Power Company t-shirt with the six hitter emojis from 2016 O’s 20 homers. Of course only one of those guys is still in the Orioles and he’s arguably their worst player.

Personally, I have always been more of a shirsey guy. They are the perfect combination of cost and comfort, and this is a hill I will die on. Anyway my favorite shirsey in my collection is a black one Brian roberts shirsey which I bought when I was working at Dick’s Sporting Goods in college. I think it cost around $ 5 because Roberts was on the Yankees at the time, and all of his Orioles stuff was on liquidation.

In my mind, Roberts is the perfect type of player to have on a jersey. He was really good for the Orioles, and he’s part of the team’s Hall of Fame, so the jersey is timeless. But he wasn’t good enough to make it to Cooperstown, so that’s probably a name non-Orioles fans will start to forget in years to come until they see your shirt and say, “Oh, I got it. remember this guy! “

And you? There’s no wrong answer, unless you tell us about your Red Sox jersey.