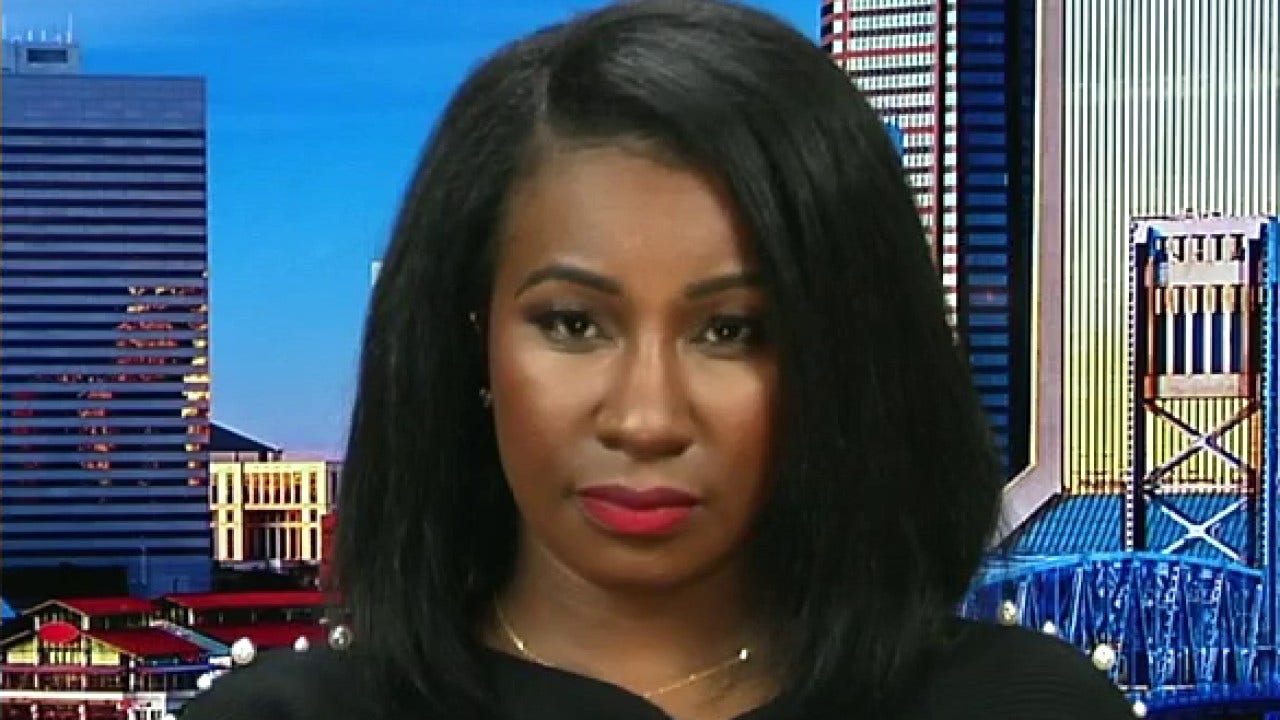 Florida mother and activist Quisha King said she did not accept the apology released by the National School Boards Association for a letter sent to the Biden administration targeted at parents concerned about child abuse. studied their children and suggested some of their actions value domestic terrorism.

“I don’t accept the apology because I don’t believe it’s sincere,” King told “Fox News Live” on Sunday, two days after the apology was released.

King is a member of Moms for Liberty, a nonprofit organization that aims to educate and empower parents to defend their parental rights, according to the organization’s website.

“As you all know, there has been extensive media and other attention recently in our letter to President Biden about threats and acts of violence against school board members,” the NSBA wrote in a memo. “We would like to write to you directly to address this matter.”

“On behalf of the NSBA, we apologize and apologize for the letter,” the NSBA said, noting that “there is no justification for some of the language included in the letter.”

“If they really regret what is happening to the parents and called us domestic terrorists they would have investigated and questioned these school boards to see if there was any validity to any of what the parents were really saying,” he said. King.

“There is no reason for their dismissal,” he continued. “They should be supporting the parents.”

King said he believes the apology is “false” and he said he thinks “American parents should continue to stand up for their children and be involved and know what is happening to their child. . ”

An NSBA spokesman did not immediately respond to Fox News’ request for comment on Sunday.

After the NSBA claimed in its letter that some rhetorical clash between school boards and parents could be tantamount to domestic terrorism, Attorney General Merrick Garland issued a memorandum ordering the FBI to take the lead in a task force to address threats against school officials, including creating a centralized way to report such threats.

Someone familiar with Garland’s thinking told Fox News that Garland and Department of Justice officials were pleased with the updated letter because it now gets its statement this week before the House Judiciary Committee. The man added that the letter now syncs with Garland, and the attorney general is only focused on preventing violence, not calling the terrorist’s parents at home.

King wonders if the Department of Justice and the Biden administration “really supported freedom of speech, which was demonstrated at all school board meetings, why they accepted the letter.”

Speaking to Fox News earlier this month, King expressed his concerns that the Justice Department’s recent investigation would discourage parents from expressing their opposition to critical race theory (CRT) and other ideas.

“What worries school board members is where they drew the line, but… that’s vague,” he told Fox News in an interview. “Who’s thinking what’s scary? That’s available in a lot of different kinds of ways.”

WHITE HOUSE IN CONTACT WITH SCHOOL BOARD GROUP FOR ‘WEEKS’ BEFORE CONTROVERSIAL LETTER: EMAILS

Commenting on the FBI’s involvement, he said, “That’s scary to yourself … When you know the FBI is likely to chase you … you’re at home making peanut butter and jelly or ironing your children’s clothes for at school – and you happen to say something they ‘considered scary,’ and the FBI shows up at your door. Yes, that will stop a lot of talking. “

King, who previously worked for the Republican National Committee (RNC), went viral for a speech protesting the CRT at his local school board meeting.

His concerns are similar to those raised by Senator Josh Hawley, R-Mo., And Minority Leader Mitch McConnell, R-Ky. – both suggested that the DOJ memo was an overreaction and potential threat to civil liberties.

The DOJ recently announced it will join a nationwide investigation after the National School Board Association (NSBA) suggested that educators may encounter terrorism at home. Here, the NSBA referred to several instances of reported violence or intimidation.