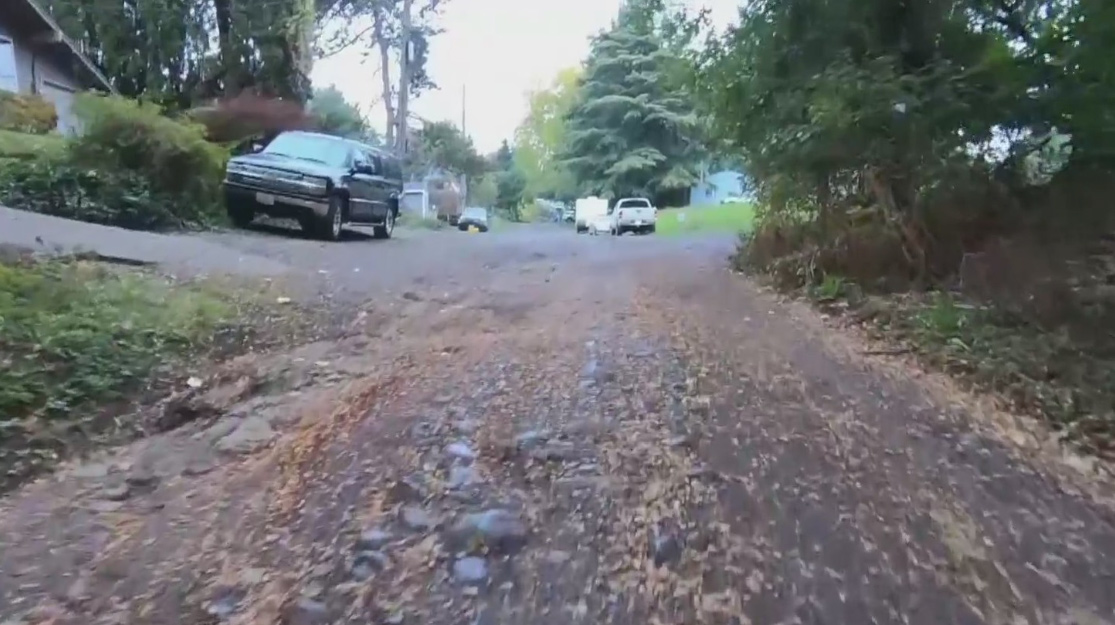 Pay to pave: Homeowners ask City of Portland to foot the bill

PORTLAND, Ore. (KOIN) – The drive to Terri Parkin’s home in Errol Heights is marked by a steep hill, deep ruts, and countless potholes. It is a trip that she describes as “really dangerous”.

The City of Portland has struggled to finance the paving of its gravel roads for years. Many homeowners cannot afford to pave a road and the price to pay is that people are leaving the neighborhoods.

In an effort to solve this problem of years of unpaved roads, the city has developed what is called Local improvement districts or LIDs. This is where they offset some of the costs on owners based on the size of their land.

City leaders plan to build a new park in Errol Heights and say they will begin paving the road next spring. The Errol Heights Road project will cost $ 9.4 million. The City of Portland, Parks and Recreation, and the Environment Office are together investing $ 7.7 million. But they want Parkin and its 165 neighboring owners to pay nearly $ 2 million for the mile-long stretch of road.

John Brady with the Portland Transportation Bureau said the city has made an effort to “reduce the burden on homeowners as much as possible.” But he added that the city simply cannot afford to pave the more than 50 miles of decades-old gravel roads that still exist within the city limits.

“Paving them all would be prohibitive in the hundreds of millions of dollars,” Brady said.

Residents are now highlighting the additional $ 62 million in the city’s budget to improve infrastructure. Parkin is asking the city to fund the $ 1.7 million needed to pave his neighborhood and “save residents the savings they have in their homes.”

“The mayor will soon release a budget proposal for the fall BMP,” said Commissioner Jo Ann Hardesty. “Once I have a full understanding of this proposal and the one-time funds available to be allocated this fall, I will work with my team and colleagues around budget amendments beyond the budget proposals I have already submitted, such as as the extension of Portland Street Response. “

Mayor Ted Wheeler is expected to finalize the fall budget next week and city council will vote on it at the end of October.

In recent years, PBOT has offered street gravel service for areas to grate roads and fill potholes. But Parkin said the only thing they’ve seen in recent years is the city dropping bags of gravel for neighbors to take to fill in potholes.

“Personally, I have invested around $ 400 a year to fill in the potholes to make the road passable,” she said.