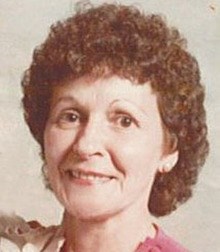 Funeral services will be held Tuesday (Aug. 31) at 1 pm at Rossi Brothers and Lellio Funeral Home in Boardman, followed by a 2 pm Mass of Christian Burial in St. Louis. Joseph Church in Austintown with the Very Rev. Gregory F. Fedor, Presiding VF.

Pat was born on Feb. 20, 1932 in Youngstown, the daughter of Joseph and Margaret Sutak Passella.

She loves to tell stories about growing up in a large, colorful and close-knit Italian family that started when her grandparents moved to Youngstown. Her family has grown immensely with many generations of aunts, uncles, her parents, sisters and other relatives living under one roof.

He has fond memories of growing up next to the church of St. Stanislaus where he was baptized, attended the school taught by the nuns, married and later he saw his own children baptized.

She graduated in 1948 from South High School where she met her future husband, Dauby (John) whom she would marry in 1953.

She often talks about the time spent picnicking at Mill Creek Park with family and friends, ice skating and having school dances at the Pioneer Pavilion.

Like many of his generation, Pat and Daub had a love of Big Band music that lasted their lives and included watching popular groups in local venues like the Idora Park Ballroom. None of their children’s wedding receptions were complete until they cut the rag to the music they wanted.

Pat was a great homemaker and cook who continued the traditions and recipes taught to him. Every Sunday means hand-made pasta dinner with the whole family. Her home -made bread, cinnamon rolls and dress pin cookies are too much not to miss.

Pat is a humble mother and nothing is more important than her children. He and John are proud residents of Austintown and in 18 uninterrupted years of enrollment with Fitch his children cannot remember a single track meet, football game, cross country meet, band concert, basketball game, school play, wrestling meet or parent teacher conference missed that

He and John were founding members of St. Joseph Church in Austintown. From the simple start of mass at the Wedgewood theater, she was grateful to see the parish grow, which eventually saw three daughters married from and great -grandchildren baptized into the church.

Pat is an animal lover who has had many pets over the years, most recently Angel, his chocolate lab. Angel and Pat have been neighborhood fixtures for 13 years in their daily walks and visits to neighbors and friends.

As a big fan, Pat is known for his large collection of bulldog keepakes.

In addition to her parents, she was preceded by the death of her husband John A. Daubenspeck Jr. and a sister Esther Stanko.

Family and friends can call Monday (Aug. 30) from 5 to 7 p.m. at Rossi Brothers and Lellio Funeral Home, 4442 South Ave .. The family respectfully requests that unvaccinated individuals wear a mask during calling and service hours.

In exchange for flowers, contributions may be made in Patricia’s name to Hospice of the Valley, 5190 Market St., Boardman Ohio 44512 or Angels for Animals, 4750 South Range Road, Canfield Ohio 44406.

Family and friends are encouraged to offer prayers for the family and support by phone call, text, email or can visit the Book of Memories at www.rossifunerals.com.

To send flowers to the family or plant a tree in memory of Patricia Daubenspeck, visit our Heartfelt Sympathies Store.

Tulane Relocation Practices Out of State as Hurricane Ida Approaches