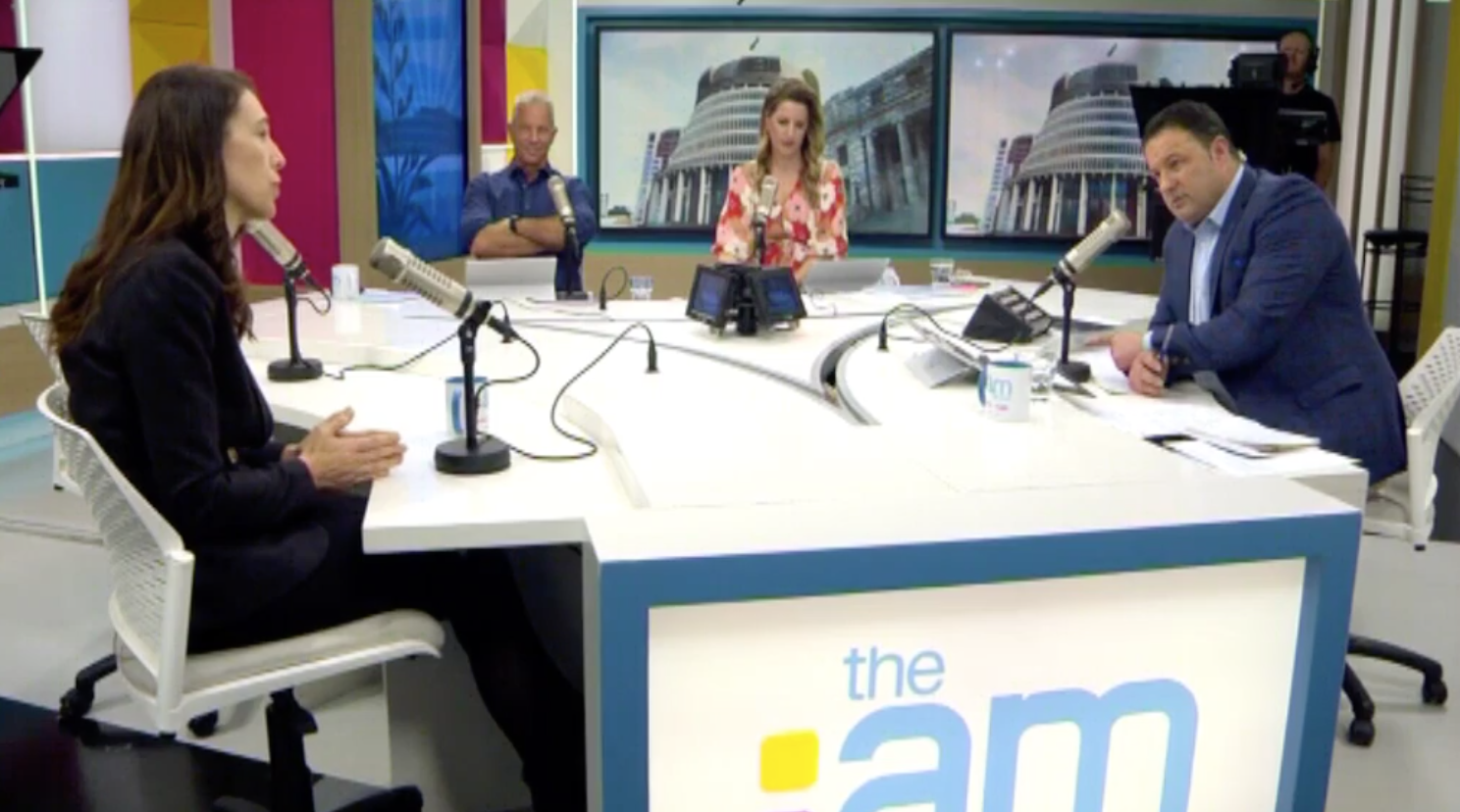 MEDIAWATCH: Jacinda’s interview about the sinking of the train on AM Show and the most important column Tova has ever written

TVNZ Breakfast should be ashamed of its low-key talk with the Prime Minister this morning.

The AM Show was left to ask the tough questions about hate speech, and Tova O’Brien’s must-read column highlights how Jacinda’s interview was a train wreck.

The Prime Minister was wrong again and again. I watched the interview with my mouth wide open.

The Prime Minister does not seem to understand all the ramifications of giving the police the power to decide what hate means.

If Key had tried this, we would be outraged …

NOTICE: Jacinda Ardern is wrong about her own hate speech law. Completely and totally wrong.

Not only is the Prime Minister wrong about the basic facts of the proposal, but it was wrong to end the hate speech debate on The AM Show this morning with its flippant and inaccurate dismissals.

The prime minister and ministers make policies and set policy directions for the law. If they do not understand the political direction and intent of the law, how can they expect the judiciary to interpret and apply the law?

On Newshub Nation, we asked the Minister of Justice about the proposed changes and tested his political orientation and intention with examples. He admitted that, for example, if millennials expressed hatred towards baby boomers, they could potentially be held responsible for hate speech.

Ardern now disputes this, saying the law will only apply if it “incites violence”. This is wrong, the proposed threshold is as low as “to insult” someone.

The Prime Minister was dismissive of the interview and said that we are trivializing the need to change the law – the terrorist attacks of March 15.

It is insulting and irresponsible to pit journalists – or anyone who questions or debates the legislation – as being in some way at odds with the needs of the March 15 victims.

If Jacinda Ardern wants to be the only voice that can have a say in the proposed hate speech changes, let’s check out some of what she said on The AM Show this morning and you can decide if she should. have the only and final say.

Wrong. According to the discussion paper:

“The law would change so that a person who intentionally incites, stirs, maintains or normalizes hatred against a specific group of people on the basis of a characteristic listed in the first proposition, would be breaking the law if he did so by being threatening. , abusive or insulting, including by inciting violence.

Thus, someone who intentionally stirs or normalizes hatred by being insulting would be breaking the law.

“Some of the examples look like a trivialization of this”

Wrong. No one is trivializing what happened on March 15. Personally, I believe the law needs to be strengthened based on the recommendations of the Royal Commission of Inquiry, but to help us understand the implications of the law change, we need to understand when it might be applied. Using a series of examples is one way to do this. It is up to the government to be clear on how the law might be applied and so far the Prime Minister and his Minister of Justice have completely disagreed.

“In the Nation interview, they hinted that political opinion was included, this is not the case”

Wrong. The proposal aims to protect more groups. According to the discussion paper, “this may include some or all of the other grounds of the Human Rights Act. These grounds are listed in article 21 of the law ”.

Section 21 of the Act includes:

Of course, political opinion could be rejected during the consultation phase, but it has not yet been, is the Prime Minister making unilateral decisions on what will or will not result from this consultation? So why are we bothering with the discussion paper?

The example we gave Kris Faafoi to test political opinion is whether a journalist writing an opinion piece titled, Jacinda Ardern Is Dictator, could see the journalist in charge. Hmmm.

When host Duncan Garner gave the example of offending a devout Christian by saying that Christianity is exaggerated and crazy. The prime minister said he would not be included because, “You are not making someone come out and kill themselves”

What??? Wrong. She is now rewriting the Hoof Law, strengthening its already established threshold of “inciting violence” to now inciting death. It gets stranger and stranger every second.

Wrong. The executive (including the Prime Minister and the Cabinet) sets policy direction. If a minister can’t answer fundamental questions about the direction of a proposed policy or how the law might be applied, we might as well get rid of all the ministers. They would be made superfluous.

Is it? Because his Minister of Justice gave the impression that the bar could be quite low.

This is precisely why we must be able to debate, discuss examples and ask how the law could be applied.

By deceiving the public and then shutting down the debate, Jacinda Ardern has achieved the most magnificent goal, completely playing the game of critics of the proposed changes who believe it will impede free speech.

… Allowing the police to determine what hatred is with such an open interpretation is incredibly dangerous for democracy!

The Prime Minister is emotionally welded to the Christchurch atrocity because it has plunged so deep into the trauma and raw pain that resulted.

She almost had to get her arm out of her grip to finally cancel the Christchurch Memorial last year and only because the Covid eruption could have turned the memorial into a super spreader event, and I think even Mohammed would roll some eyes on the irony of it.

Jacinda wouldn’t be human if she hadn’t been deeply imbued with this heartbreak and horror, which unfortunately means that she will burn all political capital by passing these hate speech laws, which is insane because it does is due to a cascading intelligence failure – blasphemy laws and hate speech on gender identity are not a solution to cascading intelligence failure!

Watching the Woke allow the entire New Zealand intelligence apparatus to extricate themselves from its utter failure with the Christchurch terrorist attacks by demanding hate speech laws is one of the great intellectual failures from 2021.

This government needs to spend a lot more time on housing, child poverty, education, social assistance, infrastructure, climate change and inequality and a lot, a lot, a lot less time on housing projects. social engineering vanity to criminalize you for word crimes!

If the government is to make New Zealand more ‘socially cohesive’ it should build more houses, use a wider range of corporate taxes, and fully fund mental health, education and public health – They don’t should not stifle freedom of expression with a poorly thought out legislation jerk.

If Labor does so, the backlash will cost them the 2023 election.