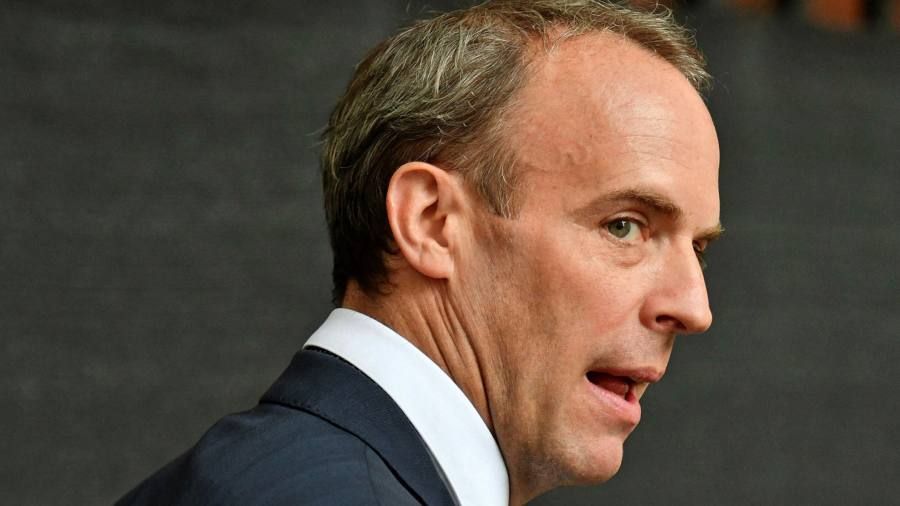 Leadership is knowing when to get off the lounger

Sign up for myFT Daily Digest to be the first to know about leadership news.

Life can be a beach for a leader. The price of a high salary, a corner office, or political power is that you can never be entirely on leave. There are emails to read, calls that still have to be taken and sometimes a real crisis to get you out of your deckchair.

As British Foreign Secretary Dominic Raab finds out, correctly judging when to put down his piña colada is a required political skill. As the Taliban advanced on Kabul over the past weekend, Raab was rather reluctant to revert to the banalities of office life and military defeat. Not only has he delayed his return until Sunday evening, but he is accused of refusing to make a call to his counterpart in Kabul to ensure the safety of the Afghan interpreters. He delegated the call to a subordinate minister but that never happened. Raab says the reality was different.

His boss Boris Johnson also went on vacation the day before Kabul fell, but only to the UK. Johnson is in good shape in this area. As Mayor of London he was late return a vacation during the capital’s worst riots in decades.

No one can fault a leader for taking a break, especially after the tensions of the past year, and modern communications both facilitate a getaway and ensure that it is never total. If the past year has shown anything, it is that as long as there is secure communications there is no reason not to work from a Cretan swimming pool or a Cornish campsite.

It is also true that many events that cause instinctive requests to cancel a break can reasonably be left with a good assistant and a few phone calls.

But politicians and business leaders need to know the importance of optics and the galvanizing impact of returning to the office. This concept should be no stranger to a UK government that has spent a lot of time urging workers to return to city centers.

It is not a purely British problem. Australian Scott Morrison was slow to return from a family vacation to Hawaii as bushfires ravaged the country, disastrously defending his decision with the words: “I don’t hold a pipe, mate. ”

It is not just a political concern. Business leaders have fallen into the same trap. Presenteeism, of course, is not a panacea. BP’s Tony Hayward quickly traveled to the scene of the Deepwater Horizon disaster, but then undermined it by telling a television crew: “I would like to get my life back“and take a break on his yacht. His position might have become untenable anyway, but he made himself an easier target.

Judging what is seen as a crisis requiring your return is tricky, although a savvy analyst might consider the total collapse of a central foreign policy goal to tick most of the boxes. Someone capable of reaching the top of a large organization needs to know what constitutes a weekend incident, but here are three quick tips for those struggling to understand boundaries.

One: the people in your bailiwick are dying or have died in large numbers. The juxtaposition of that and images of poolside bars will hurt the image of any leader.

Second: A crisis or natural disaster that desperately destroys the lives of citizens may not be resolved by your presence, but a quick visit to show you care can prevent a lot of pain later on.

Third: a crisis that could fatally undermine your business or your leadership if you were present will not have a more benign outcome because you are absent.

No one doubts that this is difficult and sometimes unnecessarily performative, but it comes with the territory. Executives deemed to place too much importance on their own downtime may soon find they have more than they want.