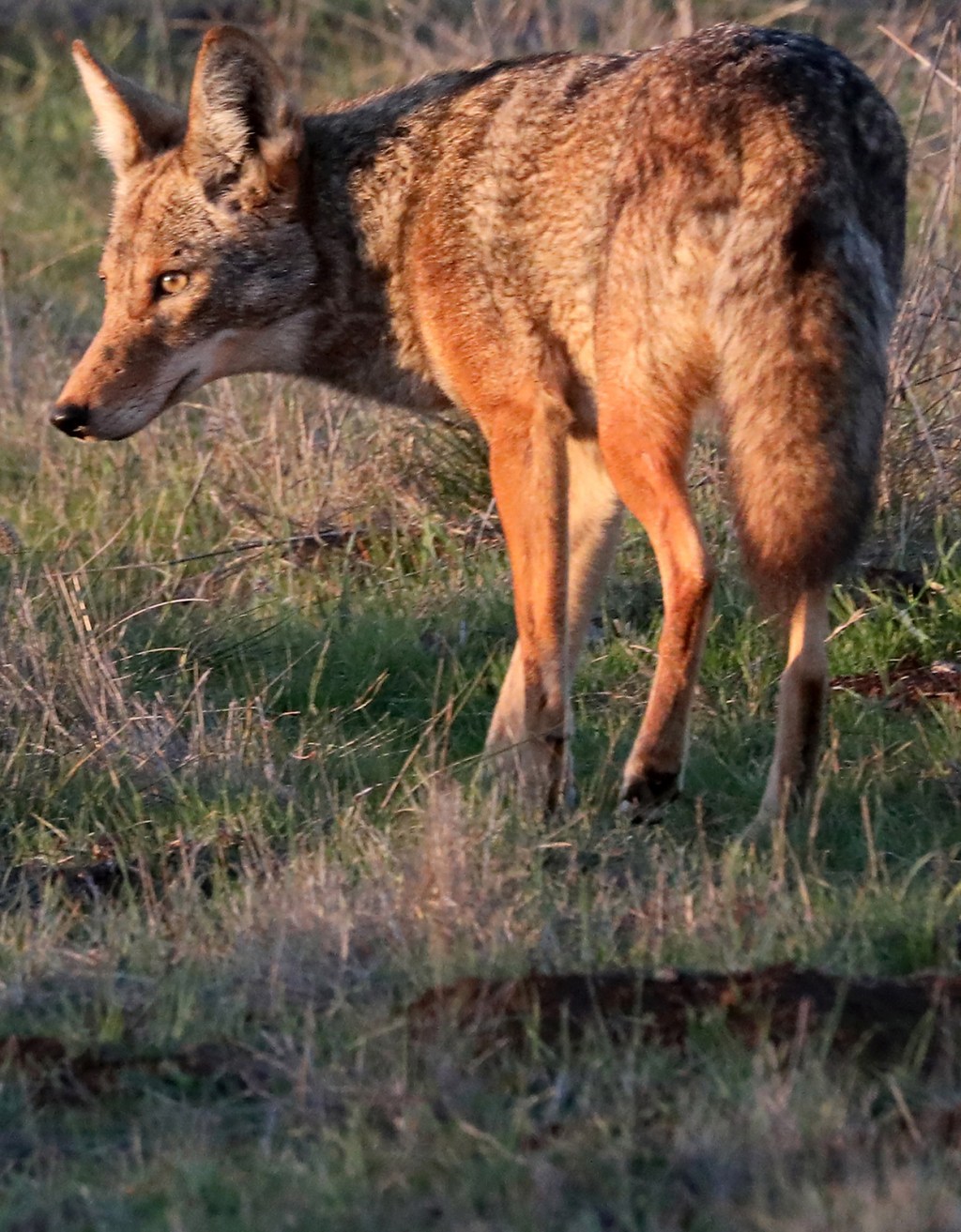 DEAR JEANNE: We live near an open space and see our share of coyotes. Our next door neighbors have a dog who, unsurprisingly, barks every time she sees a coyote.

The other day a coyote was strolling casually by our houses. The dog barked. The coyote looked at the dog, then crouched down just as casually, went to the bathroom and strode away.

Was the coyote marking its territory? Or was it the coyote equivalent of pointing the finger at the dog? I’ve seen this behavior a few times now, so it’s not one-off. Ideas?

DEAR MARIA: Two answers seem obvious. First, coyotes are fools. Or two, yes, of course he marks his territory. It turns out it’s just not that simple.

Animals, of course, are not fools, although some of their behaviors can be a little weird. To find out if the behavior might be a sign of dominance in the territory, I read a 71-page study (you are welcome) that looked at the topic from all angles, and I mean all angles.

Researchers at the University of Colorado studied a pack of coyotes in Wyoming, in the Yellowstone region. They tried to separate the scent tagging from normal elimination, and even noted when the animals raised their paws or squatted, and whether the coyote was male, female, or juvenile.

In the end, they didn’t come to any definitive conclusions other than that the coyotes scent to define the territory, alert intruders, announce a willingness to mate, let other pack members know that ‘they are “at home”, mark a source food or just because.

As for the coyote in question, the fact that it crouched down instead of stepping on one leg could indicate that it just needed to go, or that it could be a female. I think it’s likely that because it eliminates in the same spot it does so in response to the dog’s barking, thus reinforcing the territory marking.

Or it could be just a jerk.

DEAR JEANNE: Why do some cats dip their paws in the water dish? This makes the water unappetizing to other cats in the house.

DEAR NANCY: You may have answered your own question.

Seriously, however, cats can have a hard time discerning the surface of water because it is transparent and cats’ eyes, while impressive to see in the dark, struggle with other things.

They dig into the dish with their paws in order to locate the water level, and by tapping the water, they create ripples that are easier to see.

If this is causing a problem for other cats, you may want to consider purchasing a water dispenser that creates ripples for them, eliminating the need to pat.

My recent column on supplying water to wildlife during drought caused some confusion, because after telling people not to put water for animals, in the next breath I said that it was OK to put water for the birds.

Bird feeders and birdbaths are considered the exception to the rule. Birds, already in yards or neighborhoods, do not become dependent on us or associate feeders with humans. It does mean, however, that we must accept responsibility for keeping the water source clean to prevent disease.

For more wildlife, garden and backyard topics, sign up for our new free Flora + Fauna newsletter.

Do you have a question for Jeanne?

Use this form to submit questions. Photos should be sent separately to [email protected]

On this Father’s Day, we remember some classic Total Mom Moments

Next hurricane season is a cause for concern for homeowners with non-metallic roofs, says Alliance Group – InsuranceNewsNet