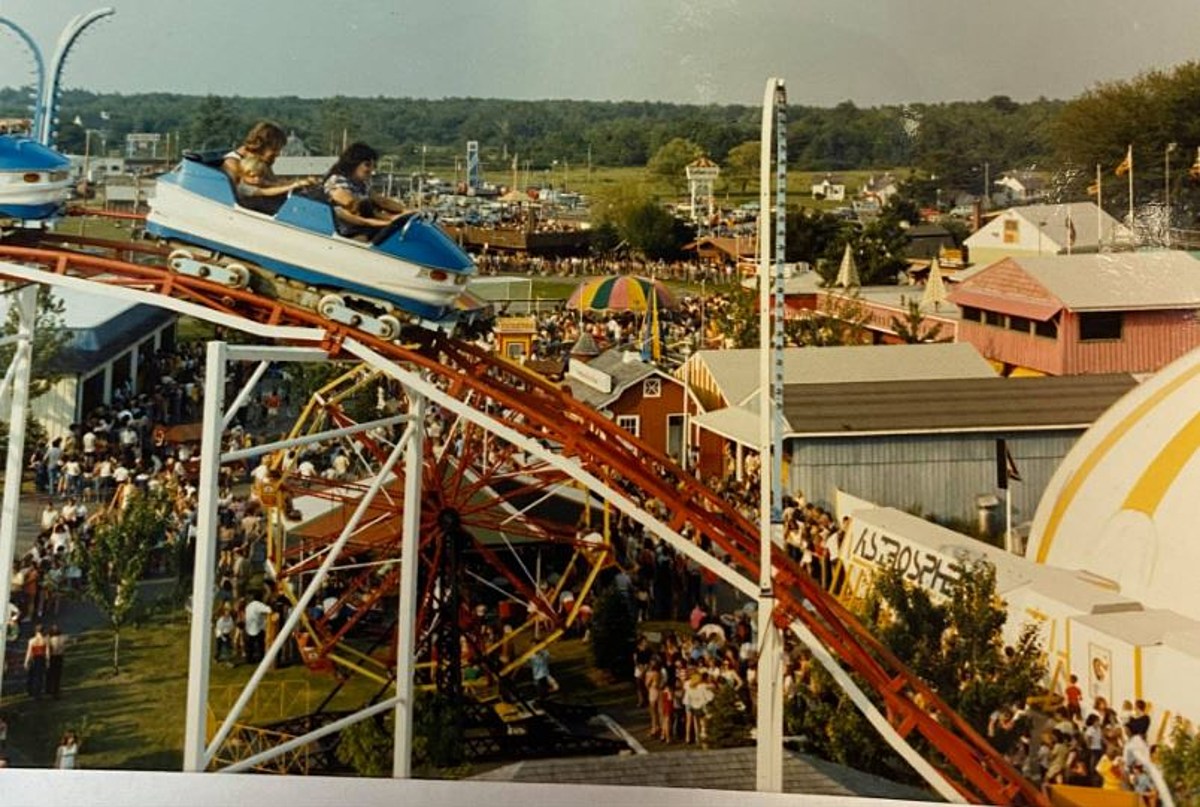 Funtown in Saco has been a summer staple in Maine since 1967. Space on Route 1 started out as a drive-in, then one by one added mini-golf, go-kart track, batting cages and an archery range. In 1967, Funtown opened with rides like the Zipper and the infamous Luv Machine. The iconic Astrosphere was added in 1976. Funtown-Splashtown is open for the season, and it will be so wonderful (normal) to return to Maine’s biggest and best amusement park this summer!

Funtown made some fun Flashback Fridays recently. Thanks to our friends in Funtown, we bring them to you here. But make sure you go to them Facebook page for future Flashbacks! If you visited in the 60s, 70s, or 80s, take a look and see how many of these ancient attractions you remember.

The Troll Bounce was located next to the Galaxi roller coaster (now the location of the Wild Mouse roller coaster), where Poncho’s Villa (formerly Chester’s Chicken, Roadie’s Chicken, Sunsations Apparel …) and Little Hawaii are now located.

The haunted house of the 80s

The iconic haunted house is one of the largest of all time in Funtown. Interestingly, the attraction was first opened by the owners of the Cascade Water Park. The haunted house disappeared in 1996, but by then tens of thousands of children of all ages experienced one of the scariest, funniest, and most memorable events of their lives. Do you remember what you would hear when you walked in?

“Avast you earthlings! This is the captain’s second in command, Pete speaking. Captain Cutler was lost at sea. It was in 1783, and his spirit haunts this very ground. ‘it’s not too late !! Hahahahhahahahahaha “

Do you remember “Bat-A-Way”? We’re sure all of you in softball and the Little Leaguers remember taking a hit.

The first rides in Funtown

There are a dozen places in this photo that no longer exist. What do you see?

50 famous brands that no longer exist

Why Lando Norris entrusted his future to McLaren RaceFans