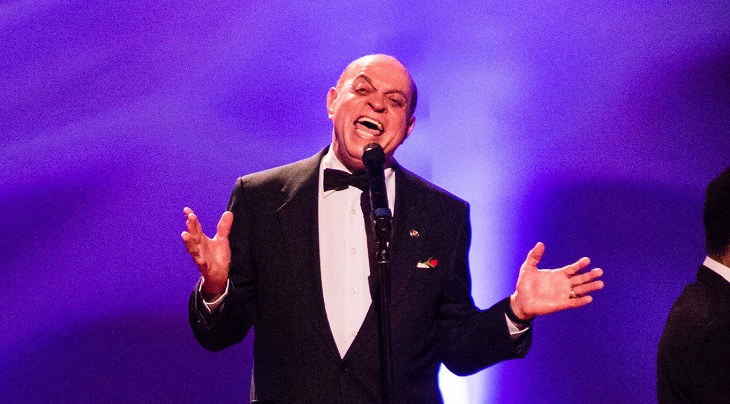 
Deacon John Moore, one of New Orleans ’most sought-after musicians, will turn 80 on June 23. He will appear on television with a special virtual event at WYES and a community celebration will be held in Mid-City.

According to the biography of The Makers of History, “Moore was born June 23, 1941 to Frank P. Moore, a bricklayer, and Augustine Boudreaux, a homemaker and musician, in the 8th Ward of New Orleans. One of 13 children, Moore grew up in a family He received vocal training in his church choir; he sang in his first R&B band in middle school.Moore bought his first guitar at a pawnshop on Canal Street, and learned how to play it from instruction books and records he bought.Moore played in high school with various pickup bands as a singer and guitarist.

“In 1960, Moore re -founded the Ivorian musical group under the name Deacon John and the Ivories. They eventually became the house band at the legendary Dew Drop Inn, supporting famous musicians like Bobby Blue Bland, Little Junior Parker, Arthur Prysock and Big Joe Turner.In Dew Drop, Allen Toussaint discovered Moore and led him to the recording studio, where Moore began playing guitar on R&B hits like Irma Thomas’s “Ruler of My Heart,” Tell Ne Like It Is, ‘Robert Parker’s’ by Aaron Neville The Barefootin’, ‘Mother-in-Law’ by Ernie K-Doe, ‘Land of 1,000 Dances’ by Chris Kenner, and Lee Dorsey’s ‘Working in the Coal Mine.’ In 1970, Moore performed at the first New Orleans Jazz and Heritage Festival, and has performed at every annual festival ever since. “

WAYS will host a one-time homage to the New Orleans music legend while RIGHTS Grapes Presentations with Deacon John on Tuesday, June 22 at 6:30 pm Guests can enjoy rare performance footage that includes Deacon John performs with his friends Allen Toussaint, Dr. John and Davell Crawford, to name a few. Grammy Award winner Irma Thomas will show up to her longtime friend. WYES manufacturers and longtime friends of DeaconPeggy Scott Laborde, will host the virtual event.

Participants can purchase a ticket that includes three bottles of wine with pick-up and shipping options from $ 85- $ 125. There is also a “just watch” ticket price of $ 35.

Between each performance, James Moses, owner of Bizou Wines, will offer insight into each bottle of wine. Participants can purchase a ticket that includes three bottles with pick-up and shipping options from $ 85- $ 125. There is also a ticket price to ‘just watch’ for $ 35.

The order deadline to pick up the wine at Vino Fine Wines and Spirits, 1124 S. Carrollton Ave., New Orleans is Monday, June 21st.

For all event details and for tickets, visit here.

A public birthday will take place on June 23 beginning at 6 p.m. at 139 Bottinelli Place, hosted by Jeremy Smith, former general manager of Tipitina’s, and music photographer Dino Perruci. A crawfish boil and cash bar are operated by Clesi’s. Attendees can make a donation through Venmo @ Jeremy-Smith-504.

With the end of the moratorium, more than 8 million homes risk foreclosure or eviction