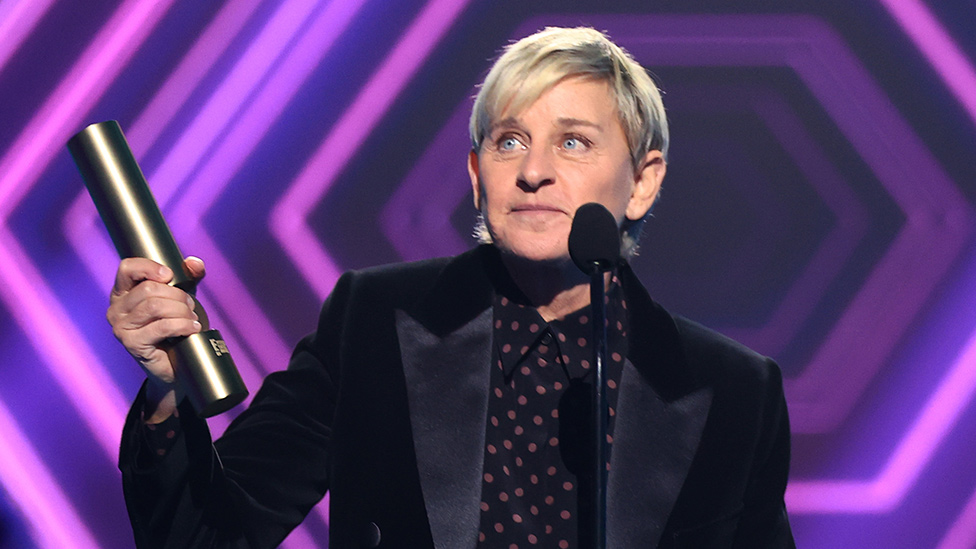 During the summer in the United States, several employees accused the show of having a toxic work environment.

After an investigation and a few apologies, three executive producers were fired.

However, despite this, the show won the award for Best Daytime Talk Show at E! Public Prize.

“I don’t just accept this award for myself,” Ellen said in her acceptance speech yesterday.

“I accept on behalf of my amazing team, my amazing staff who make the show possible. They show up every day, they give 100% of themselves, 100% of the time.

Fans online were stunned, with one person writing: “So we now reward bad behavior?”

“I’m surprised at all the negativity the show has had,” wrote another.

Others said, “Uh, how did The Ellen Show really win?” and “There’s no way after the year she’s had!”

One person simply commented online, summing up the confusion, writing, “Wait. What??”

During the US summer, a number of employees and former workers on the daytime talk show spoke anonymously to Buzzfeed, slamming the reported ill-treatment they suffered during their stay at the salon.

In response, WarnerMedia launched an internal investigation, a third-party company reportedly hired to interview current and former staff about their experiences while working on the Ellen DeGeneres Show.

Allegations by current and former employees include claims they were fired after taking medical leave or days of mourning, faced with micro-aggression and a culture of intimidation and favoritism from producers executives.

No specific claims were made against Ellen, although some staff said they were told not to speak to the TV presenter and comedian if she was in the office.

Executive Producers Ed Glavin, Mary Connelly and Andy Lassner said in a statement: “We are truly heartbroken and sorry to hear that even someone in our production family has had a negative experience. This is not who we are. and what we strive to be, not the mission that Ellen has given us.

“For the record, the day-to-day responsibility for The Ellen Show lies entirely with us. We take it all very seriously and we realize, as many around the world are learning, that we need to do better, we are committed to doing better, and we will do better. “

Never miss a thing. Sign up for the daily Yahoo Lifestyle newsletter.

Or if you have an idea for a story, write to us at [email protected].