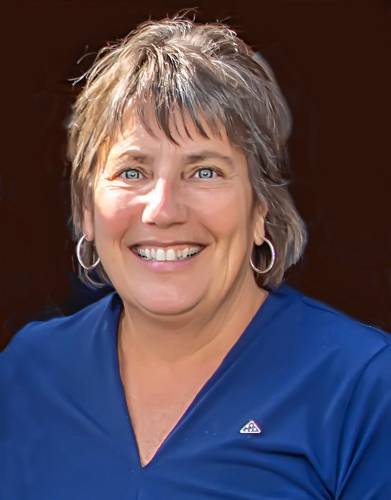 BOSTON – An amendment submitted by State Senator Anne Gobi (D-Spencer) to the FY22 State Budget extending the life and coverage area of ​​the Ruined Foundation Testing Reimbursement Program has been included in the final report of the conference committee approved by both branches of the legislature. The amendment allocates an additional $ 50,000 to the program, which reimburses homeowners at a rate of 100% for visual tests performed by a licensed professional engineer up to $ 400 and a rate of 75% for testing two core samples up to $ 400. ‘to $ 5,000.

First established by amendment by the Senator in the FY19 state budget, the program helps defray the cost of testing for the presence of the mineral aggregate, pyrrhotite, in basement walls and house foundations. located within JJ Mottes Concrete Co., located in Stafford Springs, Connecticut. Gobi decided to extend that radius from 20 to 50 miles during this legislative session, and said this about the need for an expanded reach to help more people in the state, “This test reimbursement program is an essential tool that will help the state gain insight into the problem while relieving homeowners of small debt early in the process. We’re starting to see more and more homeowners reaching out even further than expected, and having your foundation inspected by a licensed engineer is the first step towards reclamation.

Pyrrhotite, an iron sulphide mineral, has been found in the concrete aggregate of homes in central and western Massachusetts and our neighbors to the south in Connecticut. When exposed to water and oxygen, this mineral begins to expand and break down, leading to cracking of spiders and webs that can inevitably cause a house’s foundation to fail. It is estimated that up to 2,000 homes in Massachusetts could be affected, and the testing program is the first form of financial assistance available to homeowners in that state. Connecticut has taken several steps ahead of the Commonwealth to tackle the problem, with a captive, legislated insurance company established to oversee repairs and reimburse costs to homeowners. Their program has repaired over 1,100 foundations to date.

Senator Gobi has submitted a bill, S.548 An Act Relative to Crumbling Concrete Foundations, to begin to tackle the problem and implement the recommendations made by the 2019 Special Legislative Commission established to study the matter. Among other things, the bill would require sellers to disclose any repairs or tests performed on the foundation to potential buyers, allow residential property tax rebates to affected homeowners, and it would require quarry operators to test for the presence of pyrrhotite. before opening. new cells. The bill currently has 26 bipartisan co-sponsors and is before the Joint Committee on Environment, Natural Resources and Agriculture pending a hearing.

For more information on the amendment, the basic testing program, or the legislation, please contact Senator Gobi’s office by emailing [email protected]